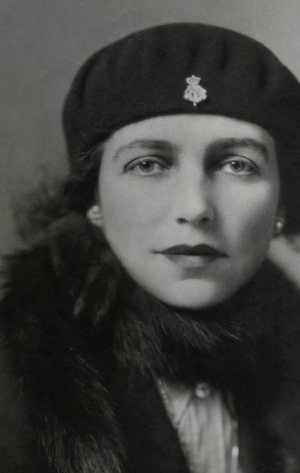 Mary Borden is one of the most remarkable women to have served in the First World War. She is the outstanding female poet of the war and author of The Forbidden Zone, a powerful collection of stories about her time as a nurse running a field hospital for wounded French soldiers at the Somme.

Mary Borden was born in Chicago in 1886. Her father made a fortune in mining and died when Borden was a student at Vassar College, leaving her independently wealthy at a very young age. She married a Scottish missionary while travelling in the Far East, and moved with him to London in 1913. Later that same year she was arrested after throwing a stone through the window of the Treasury, during a Suffragette demonstration in Parliament Square.

Borden published her first novel in 1912, with a second appearing the following year. She also established herself as a society hostess, while bringing up two small children. A third child was born in 1914, by which time Borden had already offered her services to the French Red Cross to serve as a nurse as soon as her daughter was born. 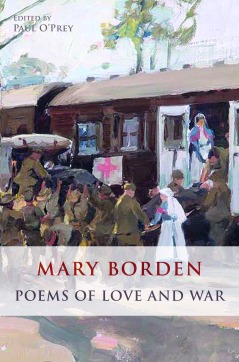 In July 1915 she set up her own field hospital for French soldiers in Belgium, and the following year opened a second hospital at Bray on the Somme.  Although well-known as a successful novelist during her lifetime (she died in 1968) Mary Borden’s main achievement as a writer is to be found in the poems and stories she wrote at the Somme. These fell out of print until the Hesperus Press re-published The Forbidden Zone in 2008. Her poems were brought together for the first time as a collection in 2015, published as Poems of Love and War, edited by Paul O’Prey.

In 2018 one of Borden’s ‘Sonnets to a Soldier’,  was set to music by composer Mira Calix, who was commissioned by the Tower of London to create a soundscape as part of their Armistice Centenary project, Beyond the Deepening Shadow. This was an art installation which saw the moat filled with thousands of tiny flames as Borden’s poem was played.

Click here to buy Poems of Love and War from Amazon